There are always voices calling and I’ll always listen

The world is changing so fast it is unsettling.

This city of Chicago is the most puzzling place I’ve ever visited. Full of people. Full of noise. It’s hard to listen with all this noise around us. But there are voices calling. There are always voices calling. And I’ll always listen.

Cansasa also called, long ago, when we first met. He was the one who gave me my name by calling to me. Wewacipi.
It was a crumbling world of wars, and deceit, and lies that we were living in. Tribes were disbanded and destroyed, we were all supposed to take up a new way of living, no matter how senseless it looked to us, no matter how wounded we still were from all the loss. So many had lost so much. 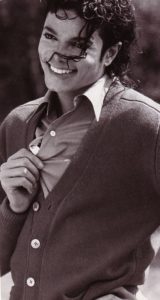 Cansasa was a man left with nothing, he sure thought so. I knew better. I knew he still remembered and he still cared, deep inside. There’s a place, deep inside us, where nothing is ever lost. Where no matter what people see, what we ourselves think, our true self always lives. Sometimes we forget to look. Sometimes, we’re afraid of looking.
Cansasa taught me that.

But I couldn’t tell him back then. I knew he wouldn’t listen. So I had to show him.
I knew he hated the reservation. Like his chief, he never accepted to surrender to it. But I knew that was the place he needed to be. He gave in, in the end. He gave in because he trusted me.

He hated every moment. Hated seeing his cousins, his relatives, his elders, his tribesmen suffering and fading. He felt powerless – and he was, because he refused to delve into that deepest part of him where his strength lay, because that’s where his most painful memories also lived.
I was powerless too. I wasn’t able to make him see. When he decided to leave, I wasn’t happy about his decision, but I went with him. Of course I did. We’re brothers. I won’t leave him to tread this path alone.
One day he will see. He will look further and he will see. I’ll be there when that happens.

But now, we’re here in Chicago and other voices call. Other people who feel trapped and need to look just a little bit further.
I’ll listen to them. I will always listen.

Michael Joseph Jackson was born in Gary, Indiana on August 29, 1958, and entertained audiences nearly his entire life. His parents prodded their growing family’s musical interests at home. By the early 1960s, the older boys Jackie, Tito and Jermaine had begun performing around the city; by 1964, Michael and Marlon had joined in. A musical prodigy, Michael’s singing and dancing talents were amazingly mature, and he soon became the dominant voice and focus of the Jackson 5. As a product of the 1970s, the boys emerged as one of the most accomplished black pop / soul vocal groups in music history, successfully evolving from a group like The Temptations to a disco phenomenon.

Solo success for Michael was inevitable, and by the 1980s, he had become infinitely more popular than his brotherly group. Record sales consistently orbited, culminating in the biggest-selling album of all time, “Thriller” in 1982. A TV natural, he ventured rather uneasily into films, such as playing the Scarecrow in I’m magic (1978), but had much better luck with elaborate music videos.